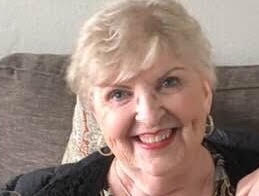 In March 2002, Dr. Ida Pennella was diagnosed with terminal Acute Myeloid Leukemia (AML). She is in remission having used Adult Stem Cell Therapy (AST). Her own harvested stem cells were used for her bone marrow transplant. Following her remission, she was a guest speaker on St. Joseph Sirius Radio station and other venues talking about Adult Stem Cell Therapy.

She writes nonfiction, fiction, and religious articles that have been published in Christian newsletters, political newsletter, and on-line in blogs. She has written three cookbooks and is currently working on her memoirs for her grandchildren.

As a public speaker, she praises God while she shares her remarkable healing story at the Leukemia/Lymphoma Society with Mission Moment and TNT Runs, Relay for Life, Women’s Clubs, political and religious organizations.

As a retired university instructor with a PhD in Humanities, she taught communication and business courses from public speaking to leadership at Chapman University, Cal State Long Beach, and Cal State Fullerton.

She’s been active in the Orange Diocesan Council of Catholic Women since its inception in 1976. She was President from 2014-2016. Dr. Pennella is an auxiliary member of the Legion of Mary and was their nominee for Catholic Charities Women of the Year in 2007. As a long-time member of the Los
Angeles Archdiocese Council of Catholic Women, she served as their Publicity Chair from 1972 to 1976.

Ida and her husband, Ralph, will celebrated their 60th wedding anniversary this November. They have 5 children, and 13 grandchildren. They serve as Liturgical Readers at St. Pius V, and are on the Consolation Ministry performing Funeral Vigil Services.